“Well you were right, we were all there.” Mickey said. “I did freeze up.   I was playing, there were about 14 or 15 people there. And I was playing as I always did my favorite song, had my eyes closed. I opened my eyes to look around.   All of a sudden, I saw the fire reflecting off 28 eyes, all wide open and staring at me. Me, everyone was looking directly at, me.   I freaked out, froze up. It never happened before, it was so scary I couldn’t barely move. It’s a good thing my fingers had their own memory and I played a couple a-more notes to barely finish that song. You remember what happened after that don’t you, Artie?”

“Oh yea, I remember that, the marshmallows” answered Artie.

“Yea, the marshmallows,” Mickey said. “I was so pissed. I knew you loved sweets even more then you loved to sleep. And we all really loved fire roasted marshmallows. I held back and only ate two. Then, I gave Don a wink and I egged you on and egged you on to eat more and more of those delicious, fire roasted marshmallows. You remember, black out sides with soft sticky insides some of it remaining on the stick. And then when we were ready to go there were only a couple left and I said, “I bet you can’t finish them off for the road.”   Sure enough you did and two seconds later you made a mad dash for the outhouse, you barely made it in there. We were even that time.”

“Yea,” said Artie “I remember that. “So what, what about it”

Mickey said. “From that I learned fear. I mean I knew what fear was. And I thought, I knew what it was, but this time I actually felt it. Instead of it just being in my mind, in my head thinking about it, I felt it.

“Yeah, you already told me that. What did it really feel like?” Artie asked.

Well, it was like this scratching of my nerves, it was, like, like   I froze up like a deer in a head light. I couldn’t hardly move I was stiff. It was quick and I recovered somewhat, it was that, ughh my stomach, guts insides everything got … tight … (mickey gasps) aah my breath stopped I could barely blow …. Air… into the mouthpiece. Whew. (mickey pauses to catch his breath)…… That was the first one Artie. We sorta got even but I was still pissed at you then.   Next, you remember when we were fishing off Point Lookout near Jones Beach, right?”

“Yea, what about that one, Artie asked.

“Do you remember what I did? Asked Mickey

“Yea I remember that one. You chopped off a fishes head and you freaked out on that one too. Just like my wimpy little brother.” Artie sprang back.

“Not quite Artie. We were out of bait. I grabbed one of the fish we had caught, wedged it 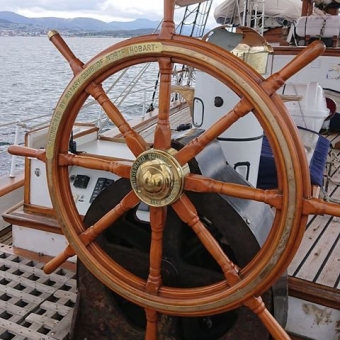 down under my sneaker and just as I was hack’n off the head all of a sudden it was like screaming in my head… DEATH… DEATH … DEATH. I never felt like that before.   I mean, I had been fishing for years, ripped worms in half put them on the hook, dripping blood, caught fish cut them up. Never thought twice about it. Why now” Mickey stopped.

“Yeah I don’t know either. Mickey said. “But what I felt first was fear at the camp fire and now its death in the fishing boat.

“Yea-a, so what’s that about? Don asked curiously. Then Don turned quickly to Artie and said “ I, saw the expression on Mickey’s face. He turned white. And what did you do Artie? Don asked.

“I don’t know, what did I do? Smirked Artie

“You just grabbed another piece of bait and kept on fishing” Don told him.

“Yea, well that’s the way it is. Artie grunted.

And a few seconds later. Artie spews out to Mickey.

“So, what’s this got to do with your great supposed transformation?

Mickey calmly replied. “You see Artie, you’re still doing it, but now you can’t get to me anymore.” I got the steering wheel.”

Posts from: Secrets For A Happier Life

A thought for today